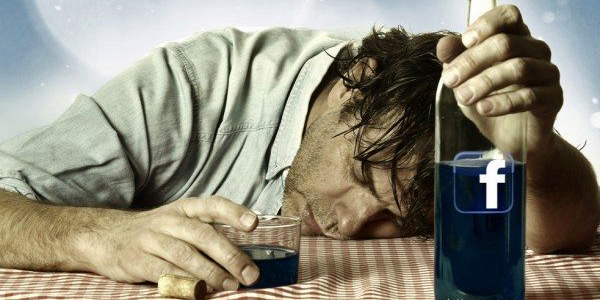 Being a social media addict, it is not easy to  NOT like Facebook or sorts. There have been really strong reasons, however, behind writing this article. We all 'Facebook' for one or the other reason. But there may be many others, why we should not.

Earlier today, I was going through a photo-album and ‘tagging’ people. (That’s what we’re supposed to do, right? ‘Tag Faces’? ‘Face’ book?) So I did. To my surprise, I could identify two extremely opposite sets of people:

One of my cousins, to be specific, fell into this second category which raised my eyebrow(s). He’s computer-literate (well, much more than that), uses the internet and it shouldn’t be any tough for him to adapt Facebook. His wife’s already there. We are a Facebook-recognized family, with almost everyone there except him. Being a devotee I felt the urge to ask him to join the fraternity.

Thanks to my partial (and very little) knowledge of the Bhagwad Gita, the first thought was to challenge my own view. And in no time, I came up with these five first reasons why my cousin should NOT join Facebook:

1.    Primary Communication Channel: Facebook on a computer, and eventually on mobile. Soon it becomes the first (and only?) method of contacting a person. We tend to contact people via ‘posting on their walls’ or ‘sending a message’ on Facebook instead of calling, SMSing or emailing normally. We assume the other person will also check their Facebook account the first thing in the morning, way before brushing the teeth or rushing to the loo.

Very recently my college-friend Jeeva was in Bangalore. He ‘sent a message’ to me on Facebook (instead of sending an email or SMS or call) which I failed to check in time. And what we missed could’ve been an ultimate reunion after six years, pending since the graduation.

2.    He, Who Is On Facebook, Only Exists: People (we all, that is) start becoming judgemental about others (friends and family) based on their Facebook presence. If one’s not here, they may not actually exist. It straight away adds to their social crisis. Obviously, if you’re NOT on Facebook, you’re at least one point less than others who are. Duh!

3.    You Are Your Facebook Profile – And NOT Vice Versa: By now, we’re clear that if we have any life, it must reflect on Facebook. If you recently got married, your wedding pictures must be up immediately. No matter you’re out on your honeymoon, you’re slow if you waited till your return.

We need not remember birthdays and anniversaries because if one has any, they would share it on Facebook. And if they haven't shared it, why wish them at all? I used to hide my birthday and some of my friends (on Facebook) missed wishing me on one of my birthdays. They later blamed me for not ‘sharing’ it, of course, by one of them ‘writing on my Facebook wall’ and the rest ‘commenting’ on it. Can’t clearly recall, but a few must have ‘liked’ it as well! (My cousin - not on Facebook - called and wished me the first thing in the morning!)

One famous story goes as a girl insisted her boyfriend to change his ‘Relationship status’ on Facebook from ‘Single’ to ‘In a relationship’ one evening. The guy joking denied and the girl committed suicide that very night (thinking her boyfriend was cheating on her). Well, there’s an up side to this - she’ll always be there with us - on Facebook.

4.    The Matrix World Is The Reality: Any avid Facebook user would agree with me that the Facebook addiction often goes beyond reality. We become so involved and obsessed with our virtual identity, that real world starts seeming less important. Our relationships and approach start getting defined based on Facebook recognition – one must like and compliment his wife/girlfriend’s profile picture. No matter he can’t remember the last time he bought her real flowers.

What more? 'He didn’t comment on my wall-post. Mean!' 'He didn’t like my vacation album. Attitude, eh? I’ll never take his calls again.'

5.    New 'Me' No More – Only New Facebook Profile Photo: Those deeply involved in ‘The Social Network’ often start suppressing independent thoughts. We start thinking from ‘Facebook’ framework. ‘This must become my Profile Picture’. ‘I’m so gonna write this for my status message’. No more introspecting; if something isn’t on Facebook or doesn’t fit on my profile, it’s not important. Death of ideas. The only change will be the change in Facebook design. The only thing new is the new profile picture – you haven’t changed it in a while, your life is lame.

These are just the first few points I could jot down. There surely are a thousand others.

And I’m sure, somewhere deep within, we all are convinced that Facebook has touched and affected our lives quite closely. Causing a significant damage on times. Do tell me your story!

Please add to these points. Who knows someday we may get convinced to walk out of 'social utility that connects people with friends and others who work, study and live around them'.