So Much For Reading!

Like in Nagesh Kukunoor’s ‘3 Deewarein’ three independent incidences took place with me in the recent past, which were meant to be linked by the end. That’s the only part in common with 3 Deewarein; the plot and the story in my case were completely different. 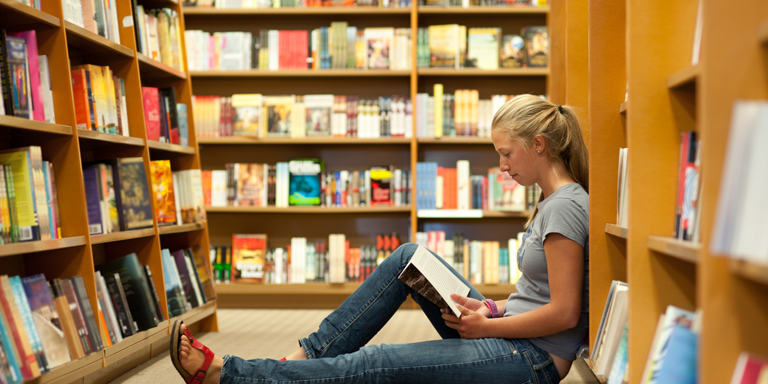 Apparently, these silent incidences in my life happen to be a coincidental reflection of a full-fledged program by the Government of Gujarat – Vanche Gujarat. Making it a part of ‘સ્વર્ણિમ ગુજરાત મહોત્સવ’ (Golden Jubilee Celebrations), the Government has just not contributed, but also been greatly interested, involved and invested in this initiative. The mission (as the Chief Minister likes to call it) is to reach out to the people, to educate them that the books are the ultimate way out from this unfortunate stature of robotic lifestyle. With ‘Information’ rapidly replacing ‘Knowledge’, only knowledge can lead us to light!

Explore the Vanche Gujarat official website for more if you feel like – the message is simple: Read books. It’s a good thing.

This article is about Book, People, Gujarat, ગુજરાતી, Reading, Literature and written by Rahul Desai. An irregular blogger, slow-paced reader and an optimistic pro-government Indian, Rahul is an information security professional with an undying urge to write reading-worthy articles. Read all their articles.

Read other readers' 6 comments or write your own.

"This is why I keep saying Let’s start going to bed early… We don’t realize all these now, but it...

Suhas and Hiral – one of my closest friends and one of his closest cousins, resp – recently...

You Are Allowed To Say 'No'​