Yet another hot Sunday in Bhopal, Raghu and I were fearsly trying to get some work done at the office. With my typically casual interest in any cricket match, I just peeped into the scorecard. Half-way at the match, the result was quite obvious. 3rd Final of the Australia – South Africa ODI Series, I knew Australia already had it their way. What I didn’t know was that the train of surprises hadn’t even started off.

Those not into cricket, read: You just missed an adrenalin hit! Last 24 hours in the cricketing world have seen some real turmoil.

At lunch, the records as they occurred and the scorecard looked something like this:

Just when we were hoping to wrap the work up and head home, Kunaal and Amit noisily broke in. Kunaal with his pseudo expertise in Cricket insisting us to go watch this (one sided) match, and Amit ‘Bhopali’ Vyas (apparently working in Pune) craving to just go and sit at our ultimate evening destination – the Coffee Shop at Jehan Numa Palace.

And so we reached to be a part of the golden day of the ODI Cricket history - which only blessed ones must have gotten to witness. And millions of religious worshipers of cricket are unlikely to forget - for this life, at least.

Post-conclusion of the match, some recently created records were updated (broken?) and some more were created: 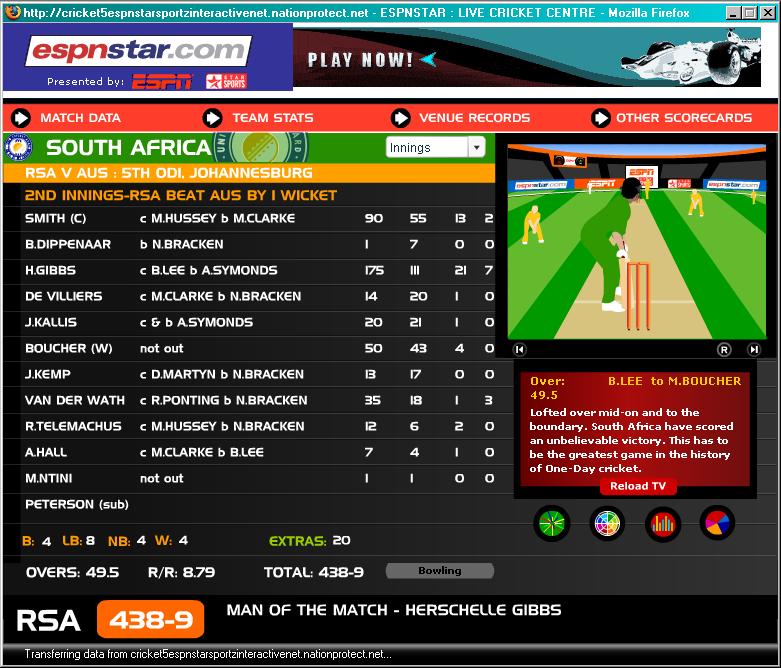 On the other hand, the confident Men-In-Blue have added yet another feather to their crown. While Anil Kumble just signed in to the 500-club, Team India have submitted a victory over England in the second of the three-test series.

FYI, India is ranked second in the Test Cricket Ranking, next only to the Aussies. With this victory today they're at 1-0 lead in the series. One more match to go. What say guys, double or nothing?

This article is about Bhopal, Cricket and written by Rahul Desai. An irregular blogger, slow-paced reader and an optimistic pro-government Indian, Rahul is an information security professional with an undying urge to write reading-worthy articles. Read all their articles.

Kashmir: Ever since the partition of the subcontinent in 1947, India and Pakistan have been bitter...

The only reason for India-Pakistan partition was Congress - few Congress leaders who were old,...