In my recent conversation with someone very close and frank with me, I got an honest feedback that my last few articles weren’t so charismatic as he had expected them to be. I couldn't blame him. I was so indulged in the urge of writing something – absolutely anything to start with, that I partially (or fully?) failed to justify the topic. But what else could I have possibly done?

I have picked information from forwarded emails, anonymous quotes, newspapers and books to write inspired articles in the past. Many of them were gladly received, liked and commented on. But did I really deserve that? At least I wasn’t satisfied. And when I managed to break out of the shell, it had a direct and much tougher competition with my own writing of the past.

In fact, it didn’t exactly start there. A few days earlier, on our way back from work we happened to discuss how tough it must be for the music composers to come up with new-harmonic-catchy tunes every time. And so for the lyricists to write something fresh, acceptable and still commercial. Advertisers, to come up with conditional creativity that can sell.

Thinking in the same line, there are a billion blogs out there in the wild today. (Considering 200 Million, that someone counted in 2005.) Not that they’re in competition with one another, but it’s an obvious wishful attempt to write something better than others. Newer material. Something that has never been written before. Something original.

Talking of myself, it has never been easy for me to part with this attitude of picking ‘trending’ topics and writing-patterns that ‘work’. I refer ten websites to confirm what I’m writing is correct/valid, and most usually, my freedom of omnidirectional thoughts is killed brutally. Unfortunately, it usually goes unnoticed. If I were allowed to generalize, we Indians are more used to references – proven, successful models. Our work-culture, television, music, and reality shows, usually are influenced. (I just can’t overlook the fact that my favourite Hindi sitcom Sarabhai vs. Sarabhai is inspired from Everybody Loves Raymond.) We’re fine and welcoming to Indian variants of American shows (American Idol, Millionaire, etc). It’s not a crime. Agreed. But is it really so tough to come up with something original? At the same time, is it really wrong/bad not being original?

Coming to blogging, writing original, fresh or new content or an original topic has always been challenging. One reason being, we (I?) often link originality to exclusivity which in turn leads to copyrights, and other similar repulsive words. And just then I realized the ‘secret’!

The ‘trick’ lies in the ‘individuality’. Originality is Individuality.

While they can be influenced or inspired by other content, the individuality remains. It’s the individual view/opinion/thought that’s unseen, unheard before. If I decide to write about Blackberry (the gadget), the key is my opinion - that combined with facts about Blackberry makes an original, a unique combination.

Originality is all about the beauty of individualizing, that makes it unique in itself. The blogs, topics and readers may be finite. But when it comes to combining them with individual opinions, things go beyond counting and computing. Probably that’s the business model ‘Information’ or ‘Content’ industry runs on. I wonder if Mashable.com ever discusses/writes about any of their inventions. And still over two million ‘followers’ look forward to their twits – for something ‘new’. Original?

Evidently, I didn’t mean to convey any message or prove a point with this article. I recently completed five years of blogging through rahuldesai.com and little over that, of blogging in general. I'm just attempting to grow. I meant to address a thought through this article and still remain original (if not amusing).

It remains an open forum and I’m looking forward to discussing/receive some comments/inputs. 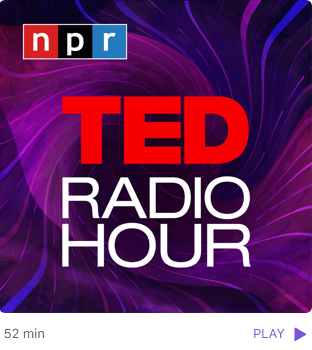 This article is about Opinion, Blogging and written by Rahul Desai. An irregular blogger, slow-paced reader and an optimistic pro-government Indian, Rahul is an information security professional with an undying urge to write reading-worthy articles. Read all their articles.

Read other readers' 9 comments or write your own.

The Origin Of Stress

Most people in the world today suffer from stress. To deal with stress you must first find out its...

To Himalayas, via McDonald’s at Lonavala: Just like all my previous whacky trips, this too had to...

Have I Been Too Late?

A wi-fi enabled notebook and a compatible multimedia mobile-phone (with sufficient calling...