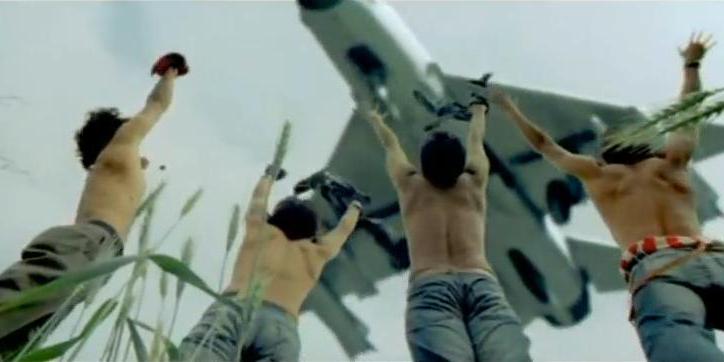 Watching the 3rd consecutive movie which made me feel something to be proud about Bollywood. The Movie I would simply say is the BEST among the Hindi movies I have ever seen so far.

we are, what we do and to where we belong, we still are a part of the community called Indians. The best part about the movie is that there isn’t a call for the youth to fight for the country or to devote their life for the nation, but the fact that how these characters who look to me among just like one of us, who have nothing to do with all the CRAP as we all consider it to be get inside the heart of National issues, which then affects their personal lives and then they get in to taking the initiative for something which they always considered as Crap!!Apart from all the major issues this movie deals with, it seems so nostalgic to people like us who have just came out of colleges and does include some very minute things which apart from the theme of the movie could not be neglected.

The characters displayed in the movie a fabulous and the way these characters are kept in track with the young freedom fighters of that era is a feast to watch. The movie never loses its grip at any point of time, and the Music of the movie is fabulous. Every character is so very much alive in the movie that the person watching the movie finds himself somewhere in the movie.

The Movie also targets to the various sections of the YOUTH which includes a student politician Lakhan Pandey who has different objectives than our dudes like DJ and Sukkhi. The English lady has been amazing in the movie especially when she says 'Maa ki Aankh' to the boss of hers.

The MOVIE simply passes a message to each and every one of us that 'MEDIOCRITY is SIN'.